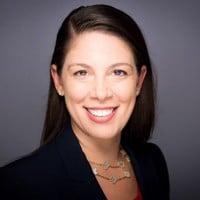 
But is it enough?

Think about the typical job ad and the words used to communicate different roles. Depending on the position, industry, organization and the like, these ads may appeal innately to one group over another, and in turn, increase gender inequality within organizations – and we’ve known this for more than 40 years.

THE POWER OF WORDS THROUGHOUT RECRUITING

In a field experiment conducted by the National Bureau of Economic Research, researchers responded to more than 1,300 job ads, sending out nearly 5,000 resumes using names with different racial intonations. The results indicated a 50 percent gap in callback rates between the candidates with “white-sounding” names versus those with African-American names.

Going one step further, this research also looked at how higher quality resumes affected the outcome and found:

“While one may have expected that improved credentials may alleviate employers’ fear that African-American applicants are deficient in some unobservable skills, this is not the case in our data. Discrimination, therefore, appears to bite twice, making it harder not only for African-Americans to find a job but also to improve their employability.”

All because of names. As a minimum, companies need to recognize the weight that words carry throughout the hiring process, both in terms of promoting open positions and during screening when reviewing candidate materials.

WHAT OLEEO WENT AND DID

Oleeo partnered with University College London to conduct the first large-scale statistical linguistic analysis of male and female resumes across multiple job industries. The study covered over 200,000 resumes from candidates around the world applying to leading global businesses.

The resumes were analyzed across four key job industries:


The analysis looked at the lexical, syntactic and semantic differences in the text that distinguish male and female resumes and identified the top 10 words for each industry and gender.
The study identified a scientifically clear difference in the language used by men and women on their resumes. The study also identified slight differences in resume length, readability and use of certain words, which can also easily lead to gender identification.

Oleeo’s research suggests the differences are so significant that blind recruiting alone is not enough to reduce gender predictability.

Rather, intelligent algorithms, which have learned to disregard proper nouns and other gender identifiable language, can be a tool to overcome gender identification and bias to help companies be truly fair and transparent.

WHY IS THIS ALL RELEVANT NOW?

The Academy of Human Resource Development is celebrating its 26th annual conference in 2019. Taking place in Louisville, Kentucky, the program will be comprised of blind, peer-reviewed and non-refereed submissions that offer a diverse range of topics, perspectives, and research paradigms. I'll will be discussing this exact topic -- “Is Blind Recruiting Really As Gender Blind As It’s Supposed To be?” -- on February 14 between 3:45 and 5:15 pm. Would love to see you there!

(And if you can’t make it, catch the webinar version)

How can you guarantee a great #CandidateExperience for everyone in your #talent pipeline? Follow these 5 tricks from @Oleeo_:Tweet this!