Why D&I is critical to winning student talent globally 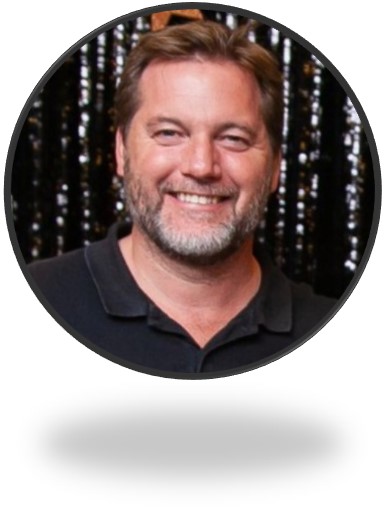 Diversity and Inclusion is rapidly becoming one of the hottest topics on organisational agendas. Indeed, we are currently seeing a lot of effort by employers in both promoting diversity and inclusion and working actively within their organisations.

Students are looking into companies that are really working with D&I in a deep and meaningful way, not just talking about the numbers but in developing the culture, and in walking the talk.

The growing importance of D&I for corporations is clear and, even more so, it has been confirmed by the results of the Universum Employer Branding Now (EB Now) study conducted in February 2019. The study included a sample of over 2000 global employers: 85% of them claimed that hiring for diversity is considered a high priority and that the focus on communicating the topic has increased by 14% in the past 3 years (percentage of companies including D&I as part of their Employer Value Proposition)

With the exception of the largest, most valuable employer brands, emphasising diversity in recruiting is still not the priority for most organisations, but we expect this to change As more data becomes publicly available about the gender, racial and ethnic composition of companies, and in particular of the top leadership roles within companies, we expect organisations will become more thoughtful about reviewing their hiring practices and internal support structures to make changes where they are overdue.

Diversity and Inclusion is a fairly sensitive topic for millennials and generation Z, who are now students and future employees. Universum was interested in understanding what diversity really means to these generations and surveyed a sample of over 247,000 students in the 12 largest global economies to reveal which companies are perceived as the most Inclusive & Diverse workplaces in the world.

What has been seen is a clear shift in the global perception of this topic: regardless of the country and regions across the globe, 93% of talent defines D&I at the workplace as cultural diversity, far outweighing age, ethnicity or gender. In other words, D&I is not often seen as a visible trait, but rather associated with invisible factors.

When describing cultural diversity, talent focuses attention particularly on the personality traits, followed by socio economic backgrounds, nationality, work experience and education, rather than just on the visible elements such as gender, age and ethnicity.

This definition of diversity explains why it is not enough for a company to just set targets on numbers or percentages to achieve diversity in leadership roles. If the corporate culture that employees find and live in every day is not truly respectful and supportive, it is not possible for them to feel included and they will eventually leave the organisation.

What Universum found  is a clear discrepancy between what employers are trying to communicate and how students seem to receive the messages and perceive their commitment. Only 34% of the students interviewed (on average globally) recognise the employers’ efforts in being supportive of diversity & Inclusion open to diversity. Interesting to note that APAC is the region where the perception is the highest (55%), while Central and Eastern Europe have the lowest scores (26%).

To better understand how to bridge the gap between companies and students, Universum has introduced a new global index that measures the employers’ perception in terms of diversity and inclusion. The Diversity & Inclusion (D&I) Index takes into consideration what students describe as key elements that define Diversity & Inclusion and it measures the employers’ perception within these areas by calculating how strongly each company is associated with commitment to D&I, support for gender equality and respect towards their employees. Each attribute is weighted equally in importance as each driver contributes to the same extent towards defining how inclusive (respect for employees) and subsequently diverse (commitment to D&I and openness to gender equality) a company is.

The Universum Diversity & Inclusion Index is, therefore, a measurement of the brand perception on the three above attributes, equally weighted, for each of the World Most Attractive Employers across the 12 largest global economies. Which are the companies perceived as the most committed in creating and inclusive workplace?

The big winners on the D&I Index list are the Tech, FMCG, and Professional Services. The companies topping the D&I Index have been committed to fostering inclusive cultures, are outspoken about the importance of having underrepresented minorities and groups in top management and are the most active in communicating true and authentic messages around the topic, both internally and externally. Top performers of the D&I Index are the ones that have clearly showcased their commitment to gender equality in traditionally male- dominated roles and senior leadership positions.

Below is the Diversity & Inclusion Index based on the perception of both Business and STEM students:

For years, the big tech players like Google, Microsoft, Amazon, Facebook, Apple and IBM, have worked hard internally to foster inclusive and diverse environments and what makes it all real and credible is their openness to admit to the external audience that they are not quite there yet. This transparency and their commitment to invest more and better is very appealing to talent, who is also looking for that level of transparency in an employer.

The FMCG industry is recognized for having been fairly conscious about the importance of the D&I topic: in order to meet their customers’ needs they have had to reflect the diverse landscape that they were trying to engage. However, only a few of these firms have really stood out as leading the way with D&I best practices such as Unilever, J&J, P&G and L’Oréal.

These firms have been very vocal about their numerous internal initiatives to drive and foster respectful cultures by promoting affinity groups, formal and informal mentorship programs and showcasing both women and minorities in key roles and many female role models in leadership positions in STEM.

What can other companies do?

As a general take away, regardless of the industry they represent, what the top players within the D&I Index have in common is a clear commitment from their leadership: it’s clear to them that diversity and inclusion are business initiatives and not just “a nice to have”.

Diversity is sometimes seen as being invited to the party, inclusion is being asked to dance. For students a respectful work environment leads to the creation of an inclusive place that will foster a great gender equality and a real commitment to D&I. Without inclusion, without that right approach, without that culture that wants to listen, there is no such thing as a real diverse work force. You can hire it, but you will not retain it. It is not just a cute campaign; you have to actually do it.

Having a diverse and inclusive environment and being seen as such by graduates will help organisations not just attract them – because the message is so important to students – but will be essential in ensuring companies can retain them and foster that great work environment that will help not only the companies’ bottom line but also in embracing diversity to drive innovation and push forward their transformation.